So, the next part of our journey took us through Wales. We actually spent 2 nights and 3 days here. Is it shameful for me to admit that this was the first time that I have actually visited Wales? 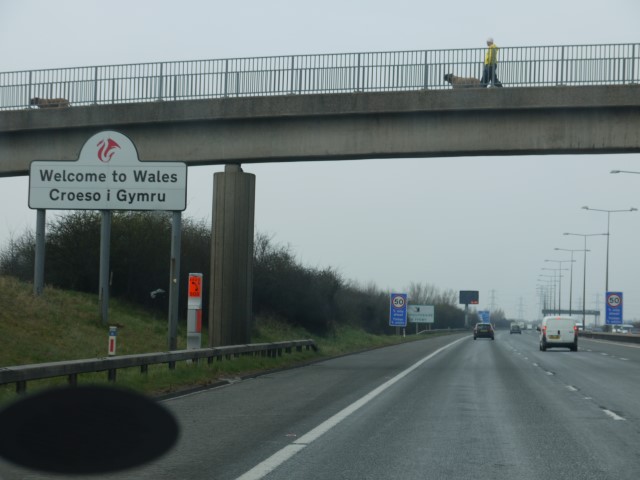 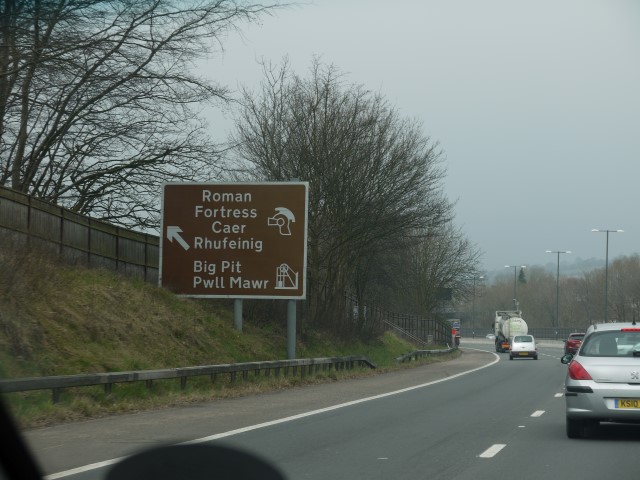 Wales has lots of hills and lots of sheep. When people say Wales is full of sheep – they are not wrong! Another thing Wales has lots of – beautiful scenery. I mean lots and I mean beautiful. Tons of rolling hills and winding country roads and lakes.

Wales is somewhere that is a must.

We started off by visiting Castell Coch. We didn’t get to spend much time here. What we did see was quite well taken care of. 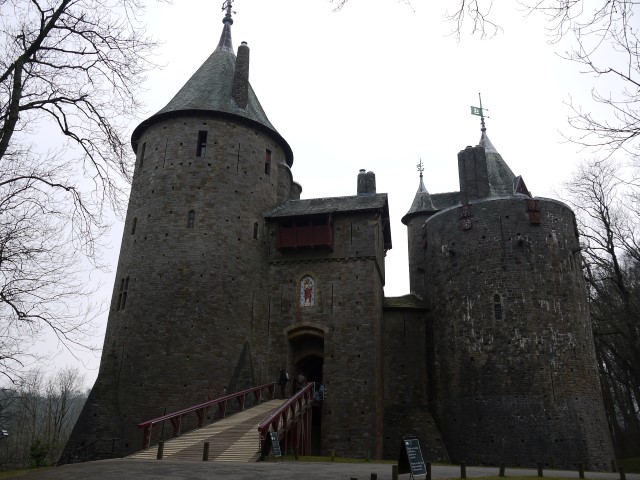 Jamie had mentioned before the trip that she wanted to see the waterfalls of Ystradfellte – apparently there is one that you can walk behind. We drove to the place the sat nav took us and it turns out that the waterfalls were not right off the car park as we were led to believe. It turned out that they were a few miles walk away. Sadly we didn’t get to see them.

As we were driving, there were sheep and lambs everywhere. Tons of them. There were some brave enough to walk in the road without a care in the world! 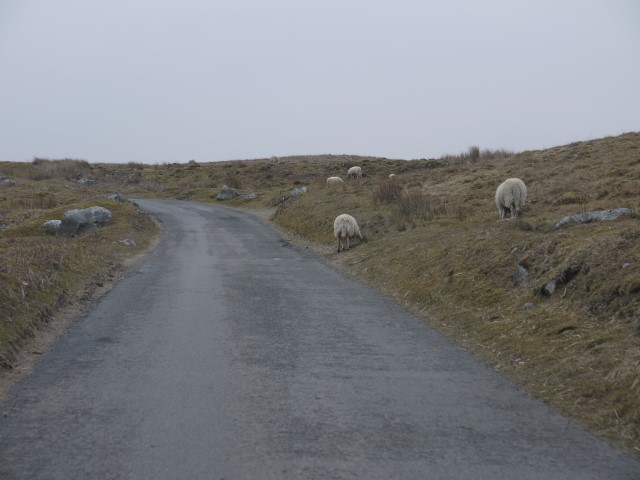 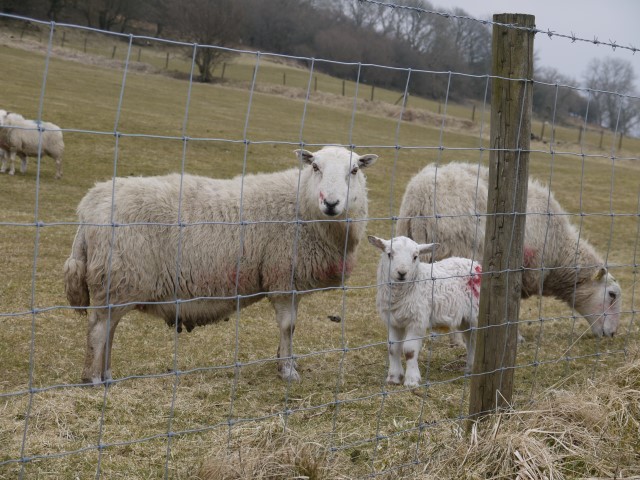 After we had got a good nights sleep, it was off on our travels again. The only way to get to our next hotel was driving through the country roads. The drive – at least for me – was peaceful and scenic. High up in one of the mountains, we happened upon a lake. It was called Llyn Clywedog. It was just there, right off the road. There was a slight fog and we both though that added to the ambience of Wales. 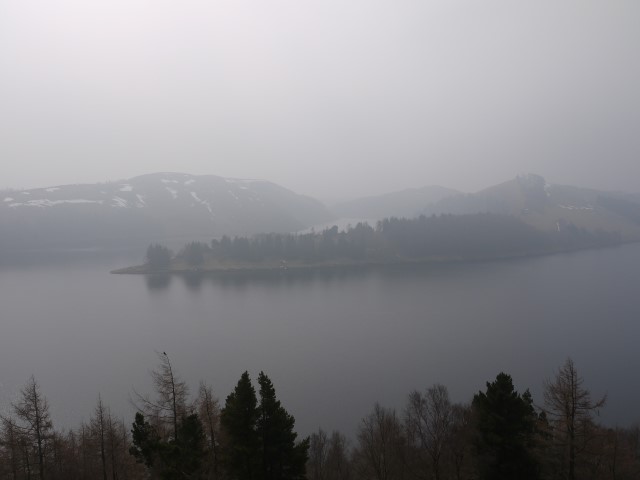 We stopped here to admire it for a few minutes – it also gave the car a rest. It is used to the flat lands of the Fens and not the hills we had put it through so far.

We finally set off and the scenic drive was just so beautiful. High up in the mountains there was still snow on the road. Quite a bit of it too. It didn’t even seem out of place in April. It added to the mountainous feel. We drove through the mountains of Snowdon and got to our hotel. The hotel itself is situated at the foot of Mount Snowdon. 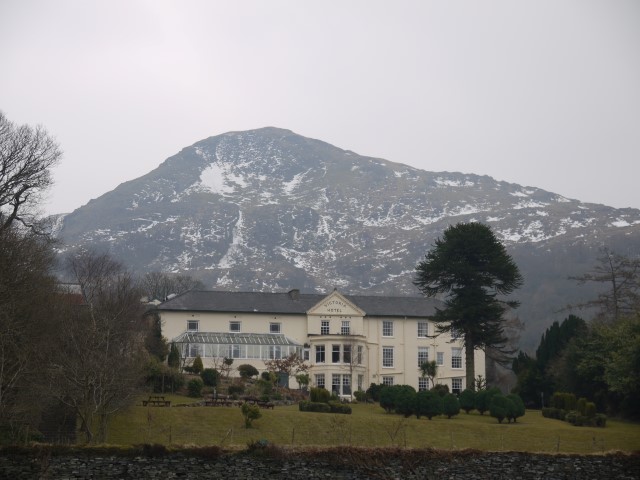 After we arrived, we parked up and Jamie was nice enough to go on the Llanberis Lake Railway with me. We had intended to go on the Snowdon Mountain Railway, but got work just after booking the tickets that the weather wouldn’t permit an ascent to the summit so we decided to get a refund. I think it would have been awesome just to go halfway now that we were there. 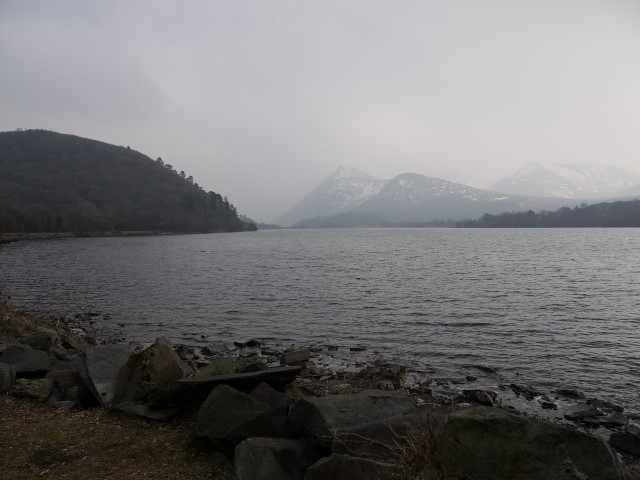 The hotel we stayed at was not a nice hotel. The services were quite poor and in the middle of the night the power to the lights went out and never came back on. I tried to contact reception but nobody answered. It was impossible to do anything. We couldn’t even shower. I told the manager and he offered us a measly £13.50 off our bill! I won’t recommend this hotel to anyone. If you ever go, it is called The Royal Victoria Hotel. Avoid it!

As I was lying in bed, I remembered that Wales had the record for the longest place name in the UK. I decided to look it up on the map and saw that we were only 10 miles away from it. I asked Jamie if we could go and she kindly obliged me. I can now say the place name after many attempts! 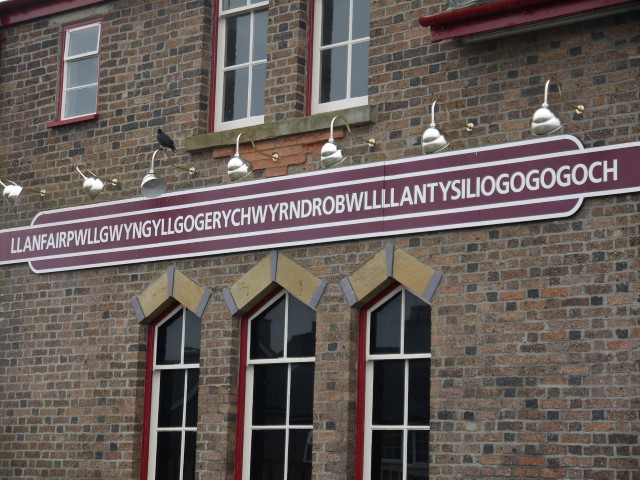 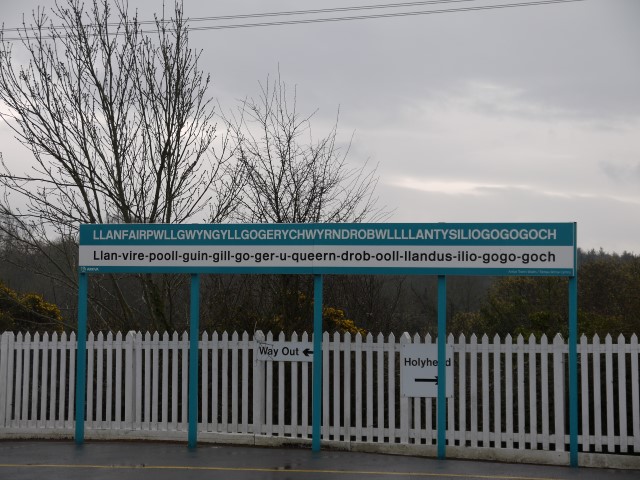 In case you can’t read it, the definition is as follows “The Church of Mary in the hollow of the white hazel near the fierce whirlpool and The Church of Tysilio by the red cave”

After we had done the rounds here, we headed off towards Liverpool. That is for the next post.

You can find all our pictures from Wales here