We were trying to decide where to go in Germany for a market. Jamie had done some research on the internet and it seemed that Germany was the best place to go for a market. Having decided on Germany, we (I say we, I mean the boss) then had to decided which one we wanted to go to. There are a ton of them in Germany so it was a touch choice.

Jamie booked the tickets (which were a steal at £50 for the train) and then booked a hotel room in Brugge. We figured since they had a market there too, we would stop there. It was kind of a half way point between Calais and Äachen.

Well, it turned out to be not the trip we hoped for. Jamie expressed some concern that going to the market in Germany didn’t feel right. We decided to press on regardless. We were about 10 mins or so west of Brussels and the car began to make this high pitched squeal as we drove. After about 20 minutes it stopped and then started again pretty soon after. By this time we were on the other side of Brussels and decided that we should pull into a rest stop and decided what our next step should be.

We sat there for about 10 minutes and then decided that I should call Green Flag (our breakdown cover provider) and see what they could do. Well, I got on the phone with them and explained that I was in a rest stop just off the E40 motorway just outside of Brussels. That was all the information I could give here as there were no names anywhere for me to give her. After about 10 minutes we finally were able to figure out where we were (thanks to Google Maps).

About 10 or so minutes after getting off the phone, a gentleman comes over to the car to have a look. It turns out he was from Scotland and sounded knowledgeable. He told us that our fan belt was loose and that it should get us to Germany. I promptly called Green Flag and cancelled our call out. For our peace of mind, we decided – with the help of TomTom – that we should find a mechanic. We drove around for about 20 minutes and on the 2rd try, we found an Opel dealership. That was a nightmare in itself. Thankfully the chap on the desk spoke English and I told him what the problem was and he said it would cost €70 for the mechanic just to look at it. He must have seen the despair in my eyes as he had the mechanic come out to look at it.

After about 5 minutes, the mechanic said that they fan belt probably needed changed and that our water pump was leaking. He said it would cost in the region of €150 – €200 to fix it. We politely declined and then decided that since we had booked a room in Brugge that we should just head back there. That is exactly what we did. It seemed a shame to waste money since Brugge was on our way back to Calais.

We got to Brugge and we had a bit of a rest and then did some exploring later on. We went out to the market but it was almost time to close so we came back and decided that we would explore the city and do the market in the morning time.

We had breakfast at the hotel (which wasn’t very nice) and they kindly let us leave our luggage there and we went exploring. I will post a few pictures of our exploration here and a link to the rest of the later on. 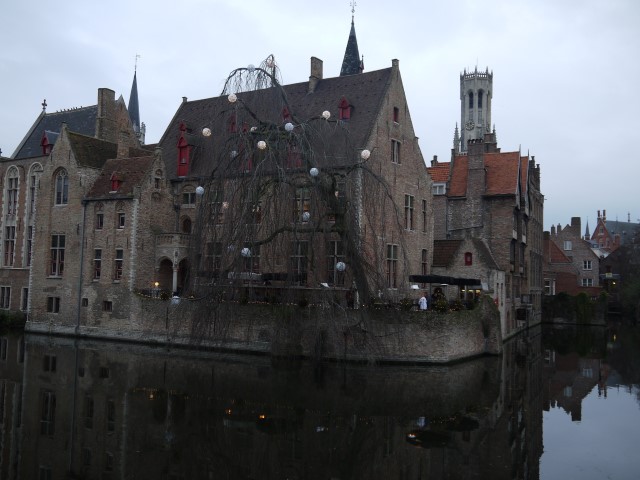 We headed out from the hotel and headed back to where the market was so we could see it in the daylight. As we walked up the street, we were greeted with the sight of the Belfort. 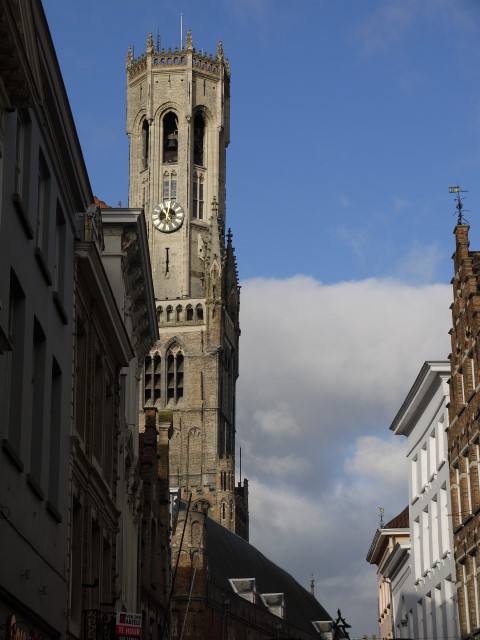 We got into the Markt and right up close to the Belfort. It is huge. 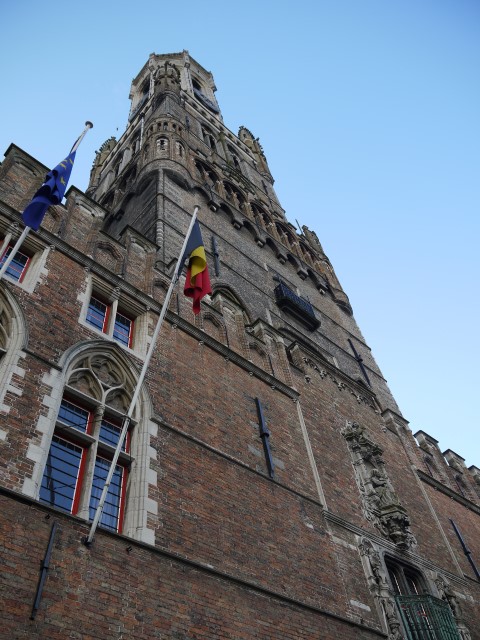 It started to rain as we were in the courtyard of the Belfort. Never one to worry about rain we continued on our way. Before we left the courtyard there was a rainbow over Brugge. 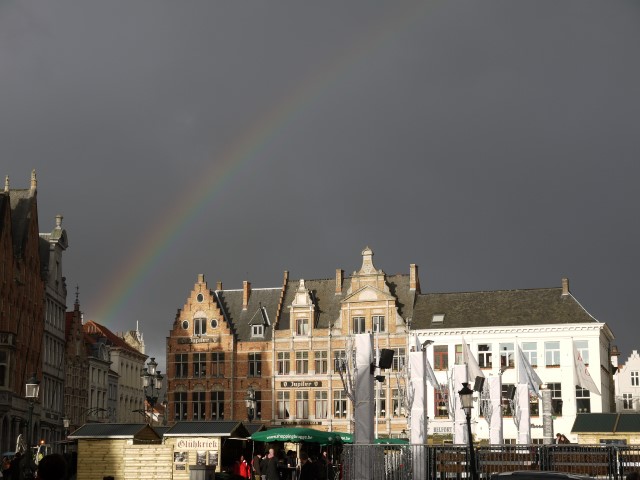 The architecture in Brugge is so pretty. We took a few pictures of that, but I won’t bore you with them here. I will only post one picture of it. 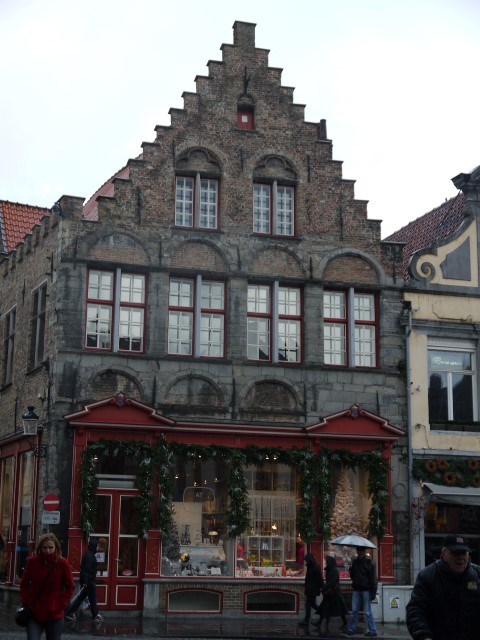 After we left the Markt, I thought we were headed in the direction of the chocolate museum type thing. I spent the whole time looking at the map getting confused as to where we were. It turns out, we left the Markt at the top instead of the bottom. It turned out to be a good decision. We got to see more of Brugge than we had planned to.

We stumbled upon the Cathedral of Saint Salvator 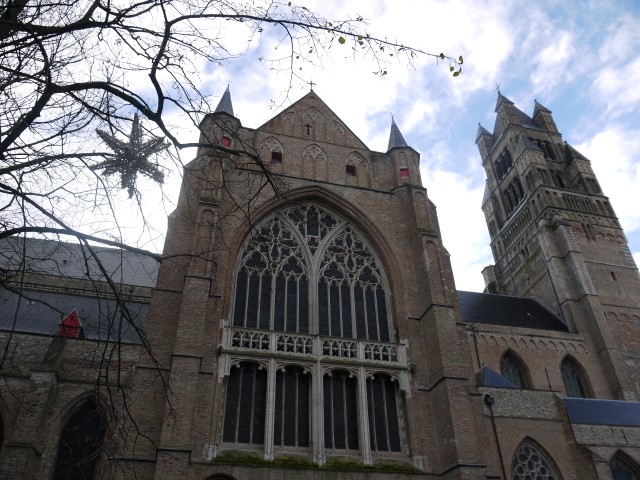 and then we stumbled upon the Church of Our Lady, the inside of it was really ornate. 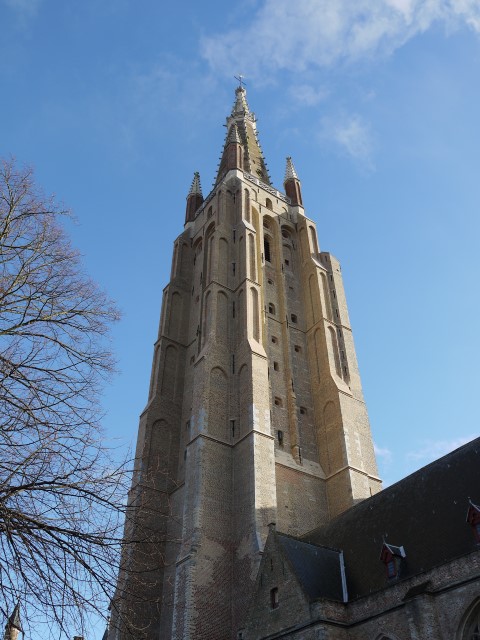 After we left there, we stood on the bridge and just admired the scenery around us. It truly is a lovely city that is well worth another visit. We walked around for another hour or so before we decided to head to the market and a get a real Belgian waffle. They are delicious. 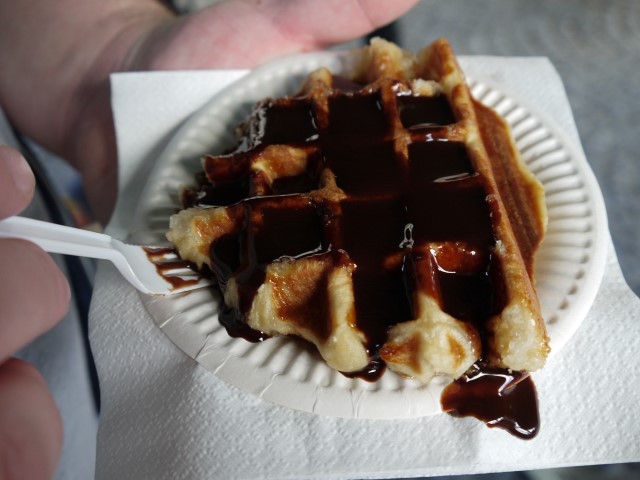 We then went and got some chocolate from one of the MANY chocolate shops they have. 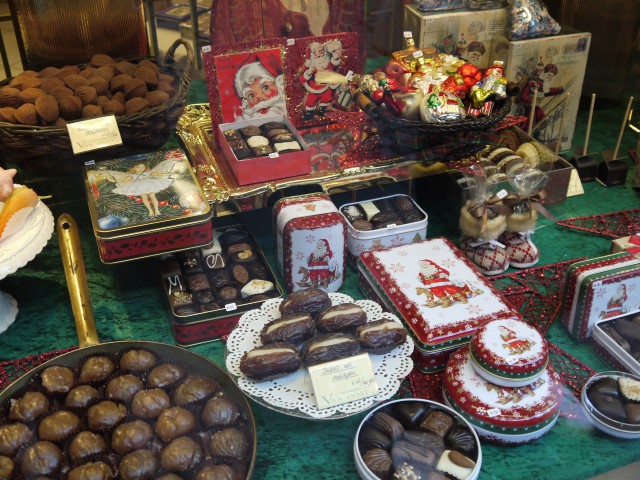 After we had gotten our chocolate, we went to pick up our luggage and then get the car and headed back to the train. The journey there was filled with wind, rain and some sunshine. We saw a rainbow about 5 or 6 times on our way. A rainbow was definitely the theme of the trip. 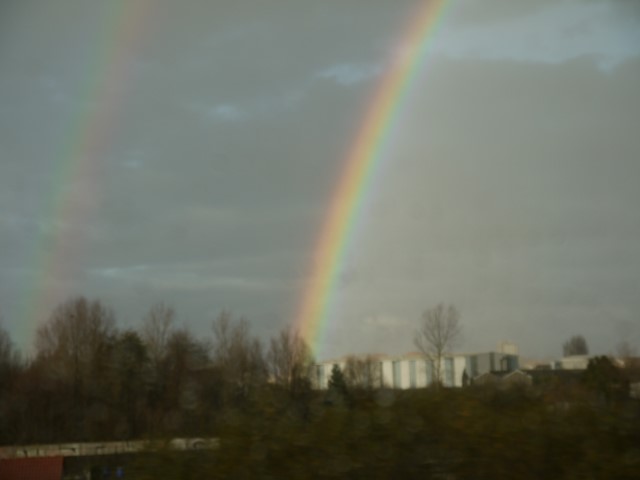 View all our Brugge pictures here